What Does RoHS Mean for Imaging Parts Compliance? 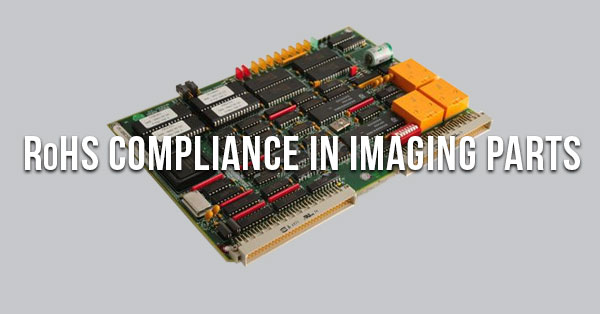 Maybe you've seen it on equipment tags, or in manuals, or on some of the components you've ordered, but even if you haven't seen it, RoHS (often pronounced "row-haas") is probably already a part of your life. Below, we'll share what RoHS is and how it changes the experience of buying medical imaging equipment parts.

RoHS stands for Restriction of Hazardous Substances, a set of regulations adopted by the European Union in 2003, and subsequently by several other regions. The substances restricted by RoHS include: lead, mercury, cadmium, hexavalent chromium, polybrominated biphenyls, polybrominated diphenyl ethers, and some types of phthalates including DEHP, BBP, DBP, and DIBP.

The RoHS-regulated substance of most concern in the manufacture of imaging parts is lead. Lead is an ingredient in some types of solder used to connect and secure electronic components. In the original language of RoHS, medical devices were exempt from lead compliance, but an update to the regulation has removed that exemption.

Because of updated RoHS language, we are now seeing a flood of RoHS-compliant imaging parts enter the market. There are two major ways these changes affect imaging parts buyers: 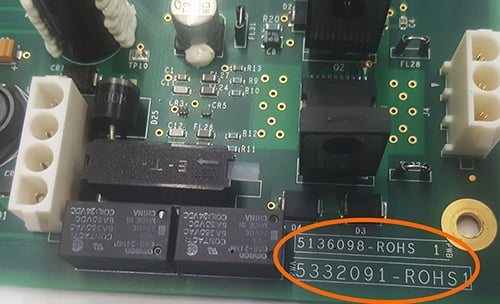 There is an increasing likelihood that parts suppliers will begin offering you RoHS-compliant replacement parts that look different and have different numbers than those you are replacing. So long as the part numbers are cross-referenced as compatible within the manufacturer documentation, there is no reason to be concerned about the part's ability to function in your system.

You should also note that pre-RoHS parts are "grandfathered in". This means that if a part predates RoHS regulations affecting its manufacture, it can still be used and sold. There's no need for concern if the only replacement available for your part is a non-compliant version.

The RoHS directive is in place to protect the environment and to protect manufacturing personnel who would otherwise come in contact with hazardous materials on a regular basis. As knowledge about the effects of these materials in the environment continues to grow, the particulars of the regulations will gradually evolve (it's already been amended ten times), but you can expect to see an increase of RoHS-compliant parts in the imaging industry in the coming years.

Going forward, we recommend visiting RoHS online periodically to stay abreast of the latest changes. For now, however, with proper awareness of changing parts appearance and part numbers, you can continue ordering parts as you normally would from your usual supplier(s). As always, if you have an immediate or imminent parts need, our team is ready to assist. Use the button below to let us know how we can help.

RoHS Compliance: What It Means for Used Equipment

Market implications of 2014 RoHS implementation in the medical imaging device industry. Links to ...

Tips to help extend the life of your image intensifier and warning signs that it might be failing. ...

X-Ray Room Install: Should My Chest Stand Be Left or RightHand Loaded?

Four things you should know before you choose a left-hand load or a right-hand load chest stand for ...