What Does 'End of Life' Mean for MRI Scanners? 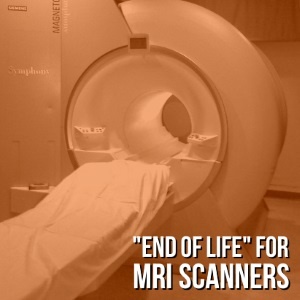 Has your OEM thrown around the term “end of life” as they refer to your oldie-but-a-goodie MRI system?  We’ve had recent conversations in which customers have told us that the MRI systems they rely on day-to-day have been coined “end of life” by the OEM. They've asked exactly what this might mean for them and the equipment in their facilities. What’s all this about?

To help clarify things and, hopefully, alleviate some worry for any of you experiencing this same situation, we'll break down below what an MRI machine manufacturer typically means when they say a system has reached "end of life" status.

Relative to MRI scanners, “end of life” (EOL) typically refers to equipment that has been out of production for 10 or more years. Referring to an MRI system as EOL is sometimes a tactic OEMs use to motivate their customers to continuously upgrade and buy their newest models to avoid being caught in a bind due to "discontinued field service" or “decreased parts availability”. While it is true that both of these things can become a problem as equipment continues to age, the OEM's estimation of the onset of these problems is usually rather conservative.

Don't let a recent EOL designation for your equipment cause you too much consternation. Contrary to the concerns this strategy may raise, an MRI scanner that receives regular maintenance can last well beyond 10 years. In fact, systems in this age range are the bread and butter of the secondary equipment market and independent service organizations (ISO). While a 5 to 10-year old system may be of little interest to an OEM because of their focus on selling and supporting new equipment, secondary dealers and ISOs maintain an extensive inventory of parts and an experienced engineering force that can expertly and inexpensively support your MRI system for another 5 to 10 years. 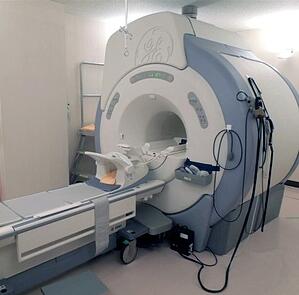 All this being said, there are a lot of models manufacturers would like to see go into retirement sooner rather than later that still have years of scanning ahead of them. On top of that, most of these models can continue to scan without a compromise to the regularity and quality of service or the availability of replacement parts.

In the way of examples, older (but still popular) models that we regularly support include:

This list is certainly not all-inclusive, so if you would like to know if we can support your “end of life” system with engineering labor and replacement parts, contact us. Your facility can easily save hundreds of thousands of dollars by keeping your existing magnet