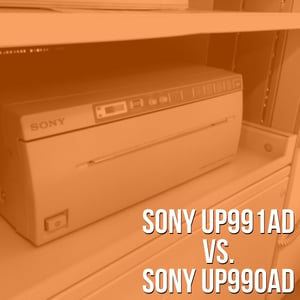 When it comes to C-arm/ultrasound printers, Sony has a history of consistent incremental improvement with each model they release. A prime example of this is replacing the Sony UP990AD with the Sony UP991AD.

On one hand, we love this. Seeing the introduction of better and better tools for physicians means great things for patient care. On the other hand, when two models are so similar, it can be tough to tell exactly what sets them apart from one another and whether the difference warrants spending more on one than the other.

To help those of you looking for a great C-arm or ultrasound printer, we've broken down the differences between the UP991AD and the UP990AD so that you can find the best fit for your printing needs. 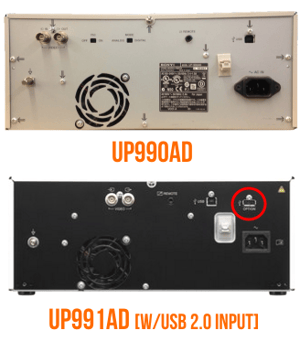 • Compact design for easy integration into cart based imaging systems

The 991 is a newer model, which can be advantageous in and of itself, but the most clear win for the model is the utility of the USB 2.0 input. If the equipment you're printing from only has a USB output available, the 991 is the way to go.

The 990 is an older model and more readily available on the secondary market. Because of this, it occupies a lower price point. If you don't need the USB input, choosing a 990 can save you several hundred dollars.

In the end, unless your only option is to print through a USB connection, you should be able to accomplish exactly what you need to with either of these printer models. The decision may come down to how much more you're willing to pay to own a new printer over a used one.

In the same general price range, you can also go paperless with a MediCapture device. 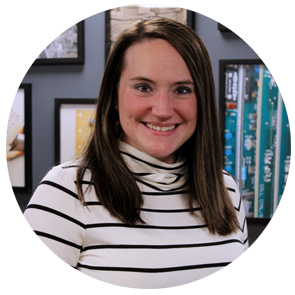 Kylie Dishaw is the Product Support Team Lead at Block Imaging. Her goal is to create smooth and seamless transactions for every equipment buyer she serves. When she’s not serving the imaging field, Kylie enjoys family time with her husband and children, archery, and watching college football.