Siemens Symphony Declared 'End of Life': What's Next for Users 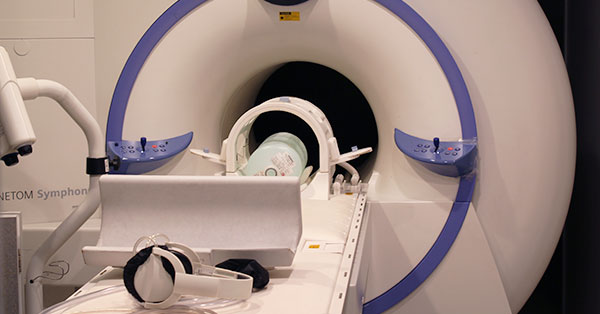 Maybe you haven't been in the field long enough to see one of your systems be declared "end of life". Maybe in the past, your budget afforded you the opportunity to upgrade long before end of life was even a concern. Whatever the case, if your facility has been using a Siemens Symphony MRI, you now know that Siemens has declared those three dreaded words for your scanner.

We'll concede that the phrase "end of life" (EOL) has an awfully conclusive tone to it, and that having a system declared EOL can lead to some big changes for a site- however, EOL designation doesn't mean that your Symphony needs to go out the door any time soon, and it doesn't mean that you have to bust your budget on an urgent upgrade.

With the Siemens Symphony MRI as our example, let us give you the scoop on why OEMs use EOL designations, why EOL isn't as urgent as it seems, and how an EOL designation can actually be a good thing for your operating budget.

Why is my system declared EOL?

A typical timeline for EOL designation is ten years after the final year a model is manufactured, give or take. When an OEM declares a system EOL, they're essentially putting a firm end date on their obligation to provide replacement parts and service support for that equipment. This also precludes them from needing to take potentially costly action to bring older equipment into compliance with changing standards.

The biggest reason for EOL declarations though, is encouraging customers onto the upgrade pathway to newer products. The upgrade pathway isn't necessarily a bad road to travel. Newer systems often have technology that offers better image quality, more streamlined workflow, and greater patient comfort. The drawback is, of course, that newer systems come with high price tags- something not every facility is ready to handle on short notice.

There are two key reasons why an EOL declaration for your system isn't an urgent matter:

1. If you're under an OEM service contract, you're most likely "grandfathered in" and will continue to receive support for the duration of the contract. This time period may be longer for some than others, but you won't be cut off immediately.

2. When the OEM stops providing support for a system, that doesn't mean that parts and service for it evaporate off the market altogether. For many models, especially those as prevalent as the Symphony has been, third-party parts and service providers often have the resources to keep them running for many more years- in some cases, ten years or more!

How EOL Can Help You Save

In some cases, an EOL designation could be a blessing in disguise. Consider these scenarios:

1. With the OEM out of the picture for service, and intentions to upgrade still a couple of years in the future, you look into independent service options and discover that you can keep your Symphony fully covered for 30-40% less than you were spending.

2. With your Symphony declared EOL, and some flexibility in your current budget, you decide that now is a good time to upgrade the MRI scanner at your primary facility. At the same time, you leverage the capabilities of third-party parts and service providers to relocate your Symphony to an outpatient facility, upgrading from even older equipment in use there, and saving the 30-40% on service we mentioned in scenario 1.

At the end of the day, does receiving an EOL notice mean that something is going to have to change? Yes. Does it mean that change needs to be costly and/or immediate? No. In fact, the change might be years in the future and actually save you money in the long run.

For all you Siemens Symphony users out there- take heart. If your model's EOL designation has you questioning what to do next, remember that you may have more time than you think, and that third-party providers like Block Imaging are ready to keep your Symphony scanning for a long time.

How to navigate the eventual end of life phase for your Hologic Discovery DEXA, why it won't be ...

What do the coming years hold for the OEC 9800? We think the outlook is good for service, parts, ...