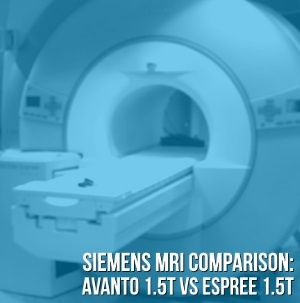 As an elite MRI manufacturer, Siemens continues to create impressive technical advances in each new model lineup. At the same time, as brand-new generations of Siemens magnets are released, the secondary market begins to increase its access to affordable, late-model siemens MRI scanners.

Among the models in that second category, you'll find the Avanto and Espree 1.5T scanners. But when confronted with the laundry list of specifications that comes with these systems, it can be somewhat daunting to arrive at a clear decision between them. To help simplify the choice between purchasing an Avanto MRI or an Espree MRI, we've compiled the most notable and relevant similarities and differences below.

The Avanto and the Espree have an awful lot in common. In fact- there are more elements that cross over between these models than set them apart.

Vintage: Both systems began manufacture around 2004.

Helium consumption: Both systems feature "zero boil-off", meaning that only the relatively negligible amount of cryogen lost during coldhead and/or compressor service will need to be replaced.

Platform: Both systems are based on the TIM (Total Imaging Matrix) platform running Syngo software VB15 - VB19. TIM technology allows great flexibility in the coil element selection and allows multiple coils to be placed on or around the patient for a much larger area of anatomy to be scanned without re-positioning the patient.

Gradients: The gradient systems on both systems are identical, using XXL power stages capable of driving 40mT, however the Espree is limited by software to 33mT gradient strength.

Almost everything else: All other components, coils, and electronics are the same in these 2 models, with only minor differences in a few coils. NOTE- Both of these systems can use many of the coils made for the Symphony.

As much as the Avanto and Espree share, their differences are quite significant and set their user, and patient, experiences apart from one another.

Bore size: Like the Vision and Symphony before it, the Avanto has a 60cm bore diameter. The Espree, on the other hand, has the largest bore diameter at 70cm. The Espree also happens to have the shortest bore (1.2m), making the most open-feeling 1.5T magnet on the market- a big plus for nervous or claustrophobic patients.

Field of view (FOV): Also like the Vision and Symphony, the Avanto has a 50cm FOV. The Espree has an elliptical FOV- 450mm x 450mm x 300mm. In addition to the Espree's slightly smaller FOV, some users do not prefer the elliptical shape because it makes imaging outer anatomy like shoulders and breasts slightly more difficult.

Channel density: Both of these systems come in 2 basic channel density varieties- 32x8 and 76x18. The first number in this designator is the number of coil elements that can be read simultaneously. The second is the number of dedicated receiver channels. The most common Espree is the 32x8, with the 76x18 being the higher end models. The Avanto also comes in both configurations.

Available: The Avanto is the more widely available of these two systems on the secondary market. Used Esprees only began to emerge in the last two years or so.

If you're torn between the Avanto and the Espree, we understand. Both systems have a lot to offer- and both have some nuances that give them the edge in certain areas.This particular decision will come down to two things: budget, and preference. Wherever you stand in these areas, we're ready to help you get the best MRI scanner fit for your facility. If you're ready to explore your optiones deeper, use the button below to tell us about your project. 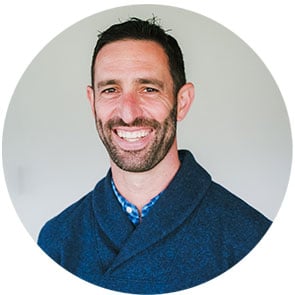 Josh Block is the President of Block Imaging. He is also a husband, father of two, and self-proclaimed waffle chef. As a part of the second generation of Blocks to lead Block Imaging, Josh carries on the family passion for putting people first, delivering memorable service, and improving lives all over the world by empowering medical care providers with high-quality equipment.