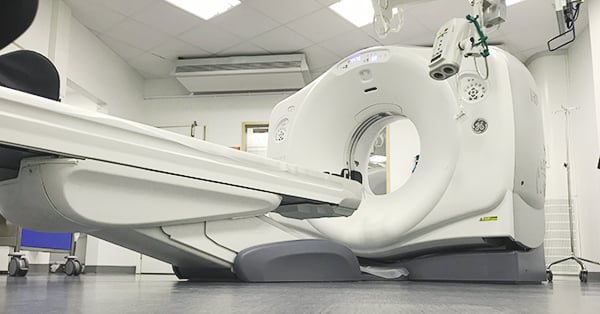 When you're looking for a PET scanner, the computers and software are, in many ways, just as important as the scanner itself. Scintron and CVIT are two PET workstation suites you're likely to hear about on the market. The two products certainly have some things in common, but there are big differences as well as areas where each shines.

Keep reading to see how these two workstation suites measure up in terms of functionality, scanning speed, manufacturer compatibility,  and cost.

Need a PET or PET/CT price? Click here to tell us what you need and get a quote.

Both Scintron and CVIT are third-party imaging software for nuclear medicine equipment. Both are also most commonly used for myocardial perfusion studies and stress testing.

Hardware and Software: CVIT is installed on a system's stock computer equipment. Scintron, on the other hand, updates both the hardware and software of a system, replacing acquisition and processing computers from the late 90's with modern equipment. This modern hardware controls acquisition and can begin processing image data during the acquisition process, giving systems equipped with Scintron a significant advantage in scan times over their counterparts.

Pricing: Scintron is a more expensive, but more inclusive product. In addition to the hardware updates mentioned earlier, Scintron comes with all acquisition (2D, 3D, and list mode) and processing (cardiology, neurology, and oncology) options standard , continued updates, remote service, and support. CVIT has a base suite of quantification and perfusion software with other options available at an additional cost.

Licensing: Anyone purchasing a used system equipped with CVIT will need to purchase a new software license. Scintron, however, is transferable to subsequent users at no additional cost.

Speed: It takes only 4-6 minutes for a scan with a Scintron-equipped system.

Relliability: With all due respect to GE and Siemens' long-standing technology, the PET computers represent the biggest vulnerability to breakdowns. The CVIT platform is very stable software, but doesn’t address the original (now dated) computer systems on many used models. Scintron solves this problem by replacing both software and hardware.

Siemens Systems: Scintron's singular focus on the Siemens nuclear medicine line allows for it to have an overall edge on CVIT when paired with ECAT Accel, Exact 47, and HR Plus systems.

Pricing: If your scanning needs are met by their standard options, you can save on your up-front cost by choosing CVIT.

Familiarity: CVIT has been available longer and more widely. Because of this, many experienced techs are accustomed to using it. Changing to Scintron, though not particularly steep, would constitute somewhat of a learning curve.

Ultimately, both Scintron and CVIT can get you the images you need to serve your patients. The choice between the two really comes down to which software options you're going to need and which manufacturer your nuclear system comes from. If you're using a GE system, you'll have to go with CVIT. If you're using a Siemens model, the increased speed and additional standard options of the Scintron can definitely take the edge off the higher price tag.

Philips MRI scanners are enjoying an upward swing on the secondary market. Find out why in this ...