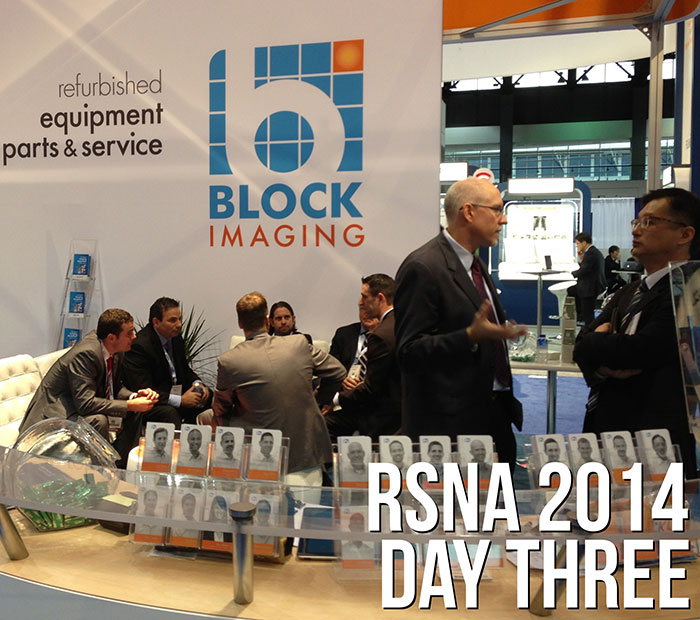 RSNA "hump day" has come and gone and the Block Imaging team waits with bated breath to see what other big announcements, game-changing updates, and opportunities to build new connections in the imaging community are coming up in the show's second half. If you missed our recaps for day one or day two, be sure to read up on what happened in the first half. As for day three, we'll give you the rundown on what we saw, heard, learned, and did below.

One of the highlights of day three was walking the floor with new arrivals. Several additional members of the Block Imaging team stopped in today to take in the show and see some of the opportunities being forged here on the floor. Among them was Bill Redd, Director of Operations at Block Imaging. As a first time attendee, Bill was quick to note the contrast between what he called “presentational” and “relational” booths here at the show. “A lot of the displays here are very informative and tell you a lot of technical spec for the products a company is providing. The presentation is helpful, but it needs to be paired with a more relational approach to tell someone what it will actually look like to work with you. What can they expect? What will be the overall experience of owning and using your product? That takes a much more human atmosphere,” he said. Bill went on to jokingly refer to the “3 C's” of a relational show floor presence; couches, coffee, and conversation. “The booths where I've seen the presentational and the relational blended and balanced have impressed me the most.”

Many aren't aware of the symbiotic relationship that Block Imaging has with original equipment manufacturers, from assisting in the trade-in process to providing equipment supply for their refurbished operations. RSNA 2014 has provided an excellent opportunity to meet with manufacturers, discuss the coming year, and determine ways we can work together to extend the life of imaging systems through refurbishment and resale. This was a hot topic in many of our discussions today, across the show floor, with representatives from a variety of makes and modalities.

Words from the Booth

Check out the clip below for a brief taste of the atmosphere on the show floor today and a recap of just a few of the topics we've been discussing with customers, industry partners, and friends.


Pic of the Day

As promised in the day two recap, I owe you a verdict on some brick oven pizza. I had the chicken prosciutto pizza at Forno, right here in the Hyatt Regency McCormick place, and it was fantastic: fresh toppings, a tangy sauce, and a crisp crust!

Now that we have that taken care of, our pic of the day features Block's own Stephen Loomis, Account Executive for Service and football legend, Mike Ditka. The two met at Mike's steakhouse here in Chicago. If you're in the area, and brick oven pizza isn't your thing, pop into Ditka's for a pork chop. 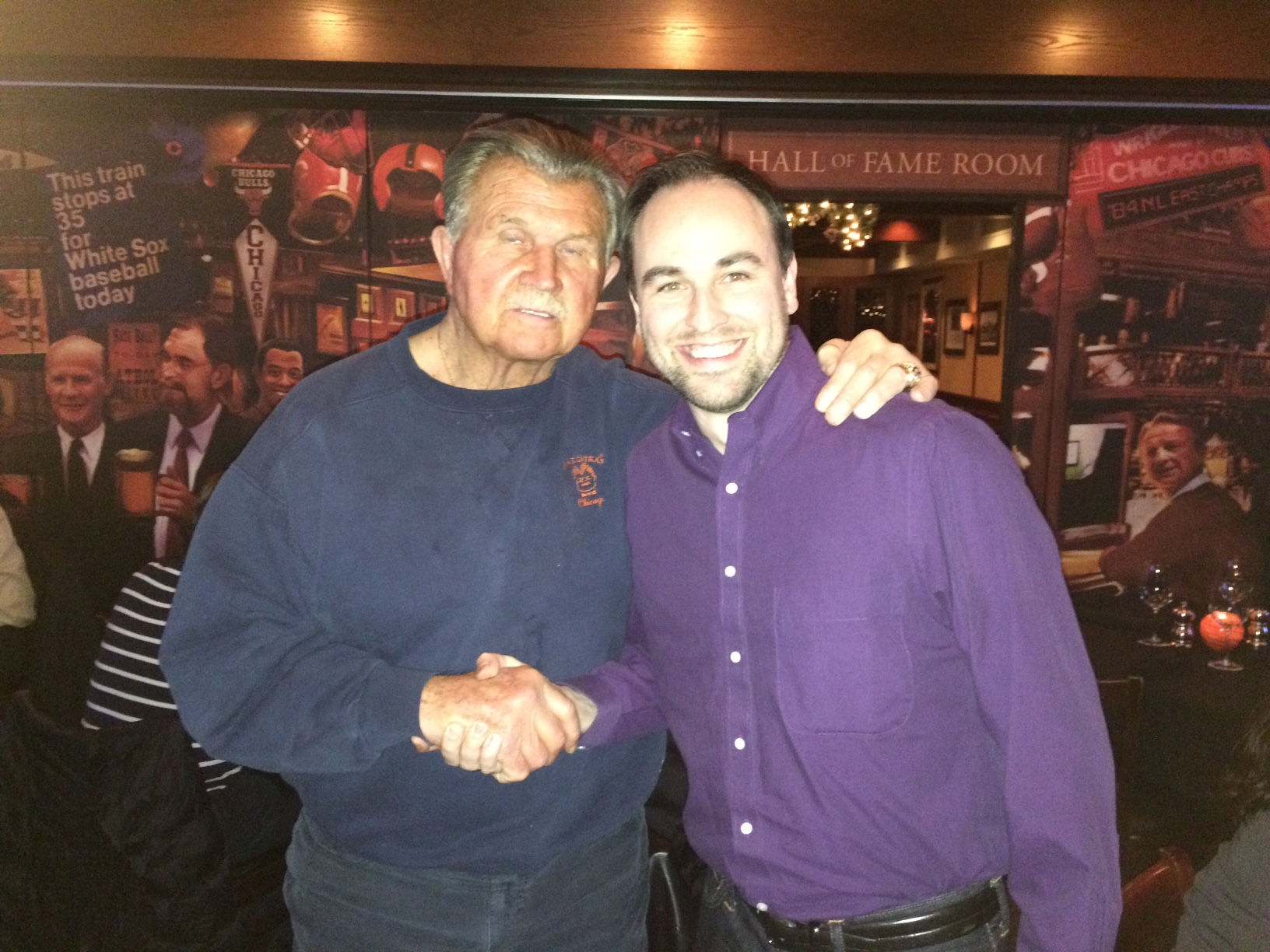 Check back tomorrow for new developments from day four of RSNA 2014 and follow the links below to see where we've been so far.