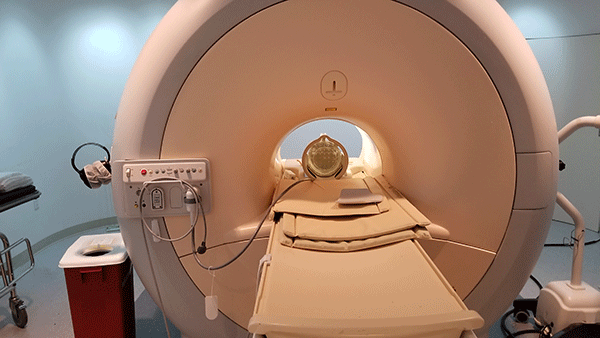 From time to time, I’ve had to remove covers from an MRI to access magnet or coldhead information. I may have actually broken one once, but I like to think it's more likely that it was already damaged before I touched it. I can't tell you the exact formula for what these covers are made from, but I can tell you that they aren't heavy and the material itself isn't as indestructible as you might hope- given that it can't contain metal- so my conscience is clear either way.

I can also tell you that a set of magnet covers – any set – is not worth paying 30k+ for. In the case of choosing between a Philips Achieva and a Philips Intera Achieva MRI system, though, this is very often exactly what happens.

While an Achieva from the factory certainly isn't identical to an Intera that was upgraded to an Achieva, the two share more than they differ, regardless of appearances. So as a public service, here are a few items to bear in mind when comparing them:

Want to see how the numbers stack up? Click here to get a personal quote on Philips MRI scanners.

Its true, Intera Achievas were upgraded from the earlier Philips Intera model so, by definition, they will be older than the Achieva. Most Intera Achieva manufacture dates range from 2000-2005, while most of the “born” Achievas we see range from 2005-2009. Yes- a few years difference, but it's primarily just the magnet that’s older. The coils and other electronics change with the Achieva upgrade.

The type of magnet is the same in all three models (Intera, Intera Achieva, and Achieva) – the IGC F2000. A magnet is not something that wears out. It has no moving parts, and magnets from as far back as the late 90's are routinely sold on the secondary market, enjoying many more years of use.

These days, “typical” software we’re seeing on the secondary market for both Intera Achieva and Achieva systems is revision 2.6 or 3.2. That said, we sometimes see revision 5.2 and, on the other end of the spectrum, some systems with 1.8 are still on the market. All of these software levels are Achieva levels.

The thing to be aware of is this: if your system has revision 1.8 it cannot be upgraded to 16 or 32-channel. Philips' Freewave digital RF feature was introduced at the 2.6 revision so, if you want your 1.8 unit to have a wider range of upgradability, it's going to take some additional hardware, including a new host computer and reconstructor. It will cost additional money, but it can be done.

Philips has a wide range of gradient options. The newer cabinet styles like Copley 271 and 281 will give you some more power (the older Interas had Copley 274), but you should know that the gradient package exists independently from the model. In other words, you can have a lower-powered Achieva or a higher-powered Intera Achieva. As a side note, even if you do have an Achieva with the Copley 274 gradient amp (maybe a 75 slew rate), if/when things break down, you’ll have a much lower repair cost due to the higher availability of gradient modules.

As far as RF cabinets are concerned, Intera Achieva and born Achieva systems are both capable of 8, 16, and 32-channel imaging. However, as stated above, systems with 1.8 software are limited to 8-channel unless upgraded.

This matter can be settled with three simple words: No discernable difference.

To come full circle, yes indeed- the covers are different for both systems. To get the newer-style covers from Philips, however, you will pay at least $30,000 more.

Because Philips Achievas and Intera Achievas have no difference in image quality, software, gradients, or RF amps, there's no functional reason to dismiss upgraded systems as "inferior". A more meaningful comparison can be had along the lines of location, availability, and asking price.

And, if you really want those newer-style covers- contact our Parts Team! We can help make that happen for quite a bit less than 30k.

Philips MRI scanners are enjoying an upward swing on the secondary market. Find out why in this ...