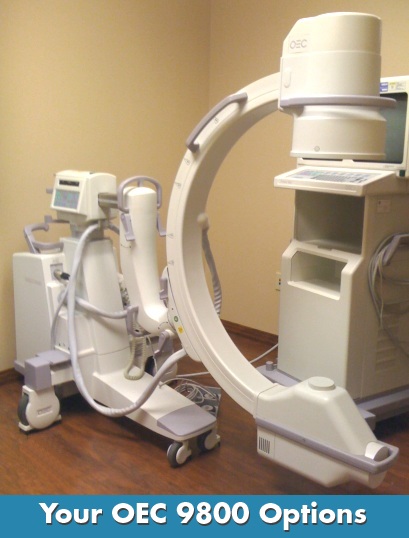 One of the most popular machines I sell is the OEC 9800 C-arm. When you sell a lot of something, you build up a list of FAQs pretty quickly. One that's posed to me several times a week is, "What are the possible hardware and software configurations for an OEC 9800?"

There are subtleties and nuances with each configuration that bear consideration a little further into the system selection process, but in general terms, these are the most important options that you'll choose from:

As you can see, the OEC 9800 comes in many configurations that work for just about every C-arm application there is. Regardless of which of these configurations you're looking for, or if you're still undecided, we're here to help you make the best pick. Contact us or check out our free resources to learn more about the OEC 9800.