In what has become an annual trend, Congress has passed an annual funding bill at the last minute. The bill is massive in both scope and page count and extends close-to-current levels of funding for another year. While the idea of our representatives in Congress voting on thousand-page bills just hours after they are released is disconcerting, this version of the omnibus bill does provide some relief to the medical imaging equipment industry. Keep reading to learn what you can expect from the Medical Device Excise Tax (MDET) in 2016.

New Language in the Law

One of the amendments to the omnibus, which is expected to be signed by the President, contains the following language:

(a) IN GENERAL.—Section 4191 is amended by adding at the end the following new subsection: ‘‘(c) MORATORIUM.—The tax imposed under sub-section (a) shall not apply to sales during the period beginning on January 1, 2016, and ending on December 31, 2017.’’ (b) EFFECTIVE DATE.—The amendment made by this section shall apply to sales after December 31, 2015.

Section 4191 or, as we in the medical equipment industry call it, the MDET, is the 2.3% tax on the first domestic sale of medical devices. This tax was created as a part of the payment structure of the Affordable Care Act. It still applies through the end of 2015, but the MDET will not apply to sales that deliver in 2016 and 2017.

New Questions in the Industry

There are a lot of politically interesting questions that come out of this shift. Why now rather than in 2014 when control of the Senate shifted? Why have they decided to place a moratorium on the tax rather than repeal it permanently?  How might this impact the long term financial stability of the Affordable Care Act?

All of these questions are fascinating, and I'm sure many of us have our predictions, but until the answers emerge fully, anyone making a deal on an imaging system will have a couple of years to enjoy some tax and compliance savings. 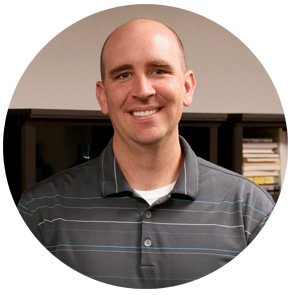 Adam Desjardins is General Counsel at Block Imaging, representing the company in negotiation, contract review, and litigation. Adam works out of San Diego, CA where he lives with his wife and son. He spends his free time remodeling his home and tinkering with his ’67 Ford Mustang.