kV Control Board for GE Jedi Generator: How to Get the Right One 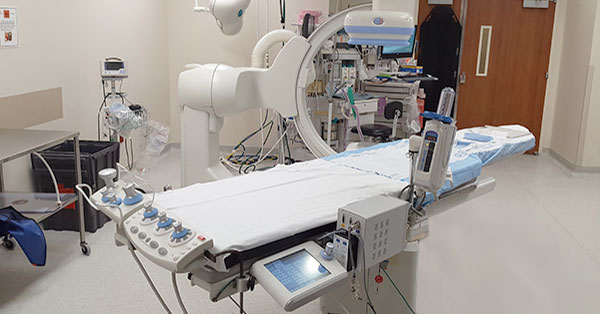 The Jedi generator is found on a number of GE imaging systems from several modalities, including X-ray, R/F rooms, CT scanners, and cath labs. With the same name, the same manufacturer, and the same housing, it's reasonable to assume that everything in there is interchangeable. Unfortunately for parts buyers, that's not the case.

While many of the parts you'll find in Jedi generators from all modalities are interchangeable, not all of them are. Case in point: the kV control board. While ordering most replacement parts for medical imaging equipment requires a match to the part number taken from the manufacturer's manual, with the same numbering format as all the other parts in the system, a Jedi kV control board requires a match to a number imprinted on the board itself.

To help you make sure you get the correct kV control board when you order a replacement for your GE Jedi generator, we'll let you know where to look and what to look for.

Have an immediate parts need? Click here to submit a request and receive a quote, fast!

Identify Your Jedi Control Board

Across the Jedi series, there are several part numbers for kV control boards and several revisions. On these boards, the standard GE part numbers aren't what matters for compatibility. Rather, the number to look for is a secondary one, generally printed right on the board, in the following format:

See the photos below for examples of two version numbers imprinted on boards from two different systems. If two kV control boards share this same number they are interchangeable, regardless of system model or modality. 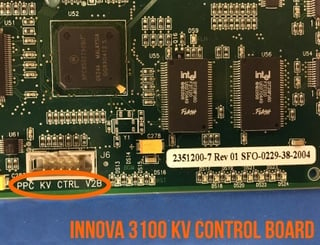 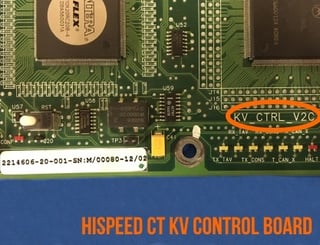 Among the parts we typically sell, the Jedi kV control board could be classified as having a moderate failure rate. However, because of the Jedi's prominence, and GE's prominence in general, replacements are relatively easy to find on the secondary market. Pricing varies by the age of the part, but current averages are between 1,200 and 2,000 dollars.

Regardless of which kV control board version is in your Jedi generator, we're ready to help you find a replacement when you need it. Use the button below to request your part, and be sure to include the version number (KV_CTRL_V##) so we can match it and ensure accurate fulfillment of your order.

GE Optima 580W is the latest GE wide-bore. If a radiation oncology system is on your list, check ...