Is 64 the New 16? Standards of Care in CT Scanner Technology 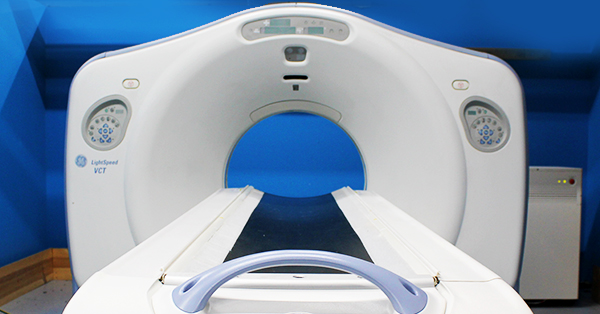 The advancement of CT technology has traveled largely predictable paths over the last two decades; from single-slice, to dual, to 4, 8, and 16-slice, doubling slice counts every few years into the current stratosphere of 320 or 640 slices per rotation. In spite of all the upward mobility in detector capabilities and reconstruction software algorithms, the 16-slice scanner has remained the most commonly used scanner for studies outside the cardiac space. Now, however, with greater availability on the secondary market and, consequently, lower pricing than ever, is it possible that 64-slice scanners have become heir apparent to the title of "Industry Standard"?

The Case for 64 Slices

If your facility is currently operating a 16-slice scanner that is, say, ten years old and talk of an upgrade has sprung up, you may find it tough to justify replacing it with another 16-slice, especially in an economic sector whose purchasing cycle has traditionally marched in step with technological advancements. It may be an easier sell to justify an upgrade to a 64-slice scanner or higher. In order to do that you’ll need to demonstrate how beneficial iterative reconstruction will be for your doctors and patients, discuss expanding cardiac-centered services, or perhaps bring some tangible ideas for new revenue streams to the table to convince your CFO to dust off the checkbook.

The Case for 16 Slices

Those purchasing a CT for the first time or looking to add scanners to their stable are likely to find a different cost justification scenario than those looking to upgrade from existing equipment. For non-cardiac studies, 16-slice technology is still sufficient and, when the dollars are tallied up, a much smaller investment. A 16-slice scanner typically costs about 30-40% less than a 64 and the ongoing cost of service is about 20-30% less annually. Additionally, for those operating in the US, XR-29 compliance does not require equipment to be above 16-slice and, cardiac studies aside, there’s no difference in reimbursement for using a 64 over a 16.

Current market trends are also building the case for an extension of 16-slice technology's reign as the go-to workhorse. Many hospitals are joining forces to leverage best clinical practices. Integrated delivery networks are growing at record levels. These networks are creating "hubs" with rural markets feeding into larger tertiary care centers of excellence. This hub-and-spoke approach is gaining serious momentum as big city hospitals become more focused on heart attack and "brain attack" centers for both cardiac and stroke patients. As this model grows, these feeder hospitals continue to rely on 16-slice scanners while the giant, tertiary facilities are employing CTs on the bleeding edge; 320 or even 640-slice volumetric scanners that far surpass 64-slice technology. With reimbursements plateaued, these smaller hospitals may find it tough to invest in 64-slice in the foreseeable future.

So, is a 16-slice CT scanner irrelevant? Nope. Will its presence decline, like the 4-slice before it? Probably not any time soon. When you see the new systems OEMs are releasing, you can still find brand new 16-slice scanners for sale right next to them, often marketed on their small footprints, XR-29 compliance, and low cost of ownership. If Siemens, GE, Philips, and Toshiba still see a market for new 16-slice machines, chances are they’ll remain relevant for the foreseeable future. That’s not to say new technology, standards, and reimbursements won’t affect the feasibility of upgrading someday- but don’t go pushing your 16-slice off the loading dock just yet.

There are new procedures and new technology coming out faster than ever. Some specialties and areas of study will benefit greatly from high-end technology beyond even 64 slices, especially as more robotics are involved. We don’t know what the next disruptor will be that will accelerate the “circle of life” in CT, but we can be sure it’s coming. For now, however, a 16-slice CT will remain a staple for the majority of scanning needs.

A technical comparison of the Siemens Scope 16-slice CT scanner and the Neusoft NeuViz 16-slice CT ...

If you're looking for 64-slice CT scanners, this side-by-side comparison of the Toshiba Aquilion 64 ...