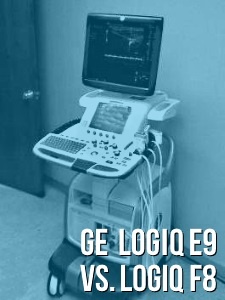 The GE Logiq line of ultrasound systems is long standing and quite popular around the world. However, the line also consists of a number of models extending into the double digits. When considering a Logiq system for your next ultrasound solution, the process of weeding out exactly which of the many types is best for your facility's needs can become daunting.

For those of you who are looking for a general use-oriented ultrasound system, we want to help take some of the guesswork out of the decision process by comparing two of the most multi-use GE Logiq systems, the Logiq E9 and the Logiq F8, side-by-side. Keep reading for a practical comparison of applications, features, and pricing.

Both the Logiq E9 and the Logiq F8 are suitable for abdominal, obstetrical, gynecological, small parts, vascular and peripheral vascular, urological, transcranial, musculoskeletal, pediatric, and cardiac applications. Both systems will also have platform familiarity for those who already have experience with earlier models from the Logiq line.

In addition to the task types mentioned above, the E9 is also suitable for breast and neonatal ultrasound tasks. It also features three 4D probes and four probe ports. The F8 does not have 4D capability and has three probe ports. In terms of CINE performance, the E9 has 776 MB of memory- four times that of some more basic ultrasound units.

The F8 is a much lighter (less than half the weight) and more maneuverable system than the E9, while still having the same LCD monitor size (19 in.) as the E9 and many other more costly models.

Where the Logiq E9 Wins

When it comes to maximum versatility across all applications, the E9 is simply a fuller-featured ultrasound system. And in terms of computer performance, its processing speed and large cine memory give it advantages in high-traffic facilities. 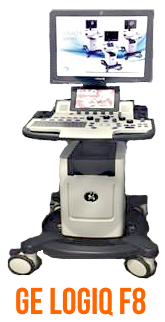 Where the Logiq F8 Wins

If your facility's patient traffic is low to mid-level and/or the range of services you offer is narrower, the Logiq F8 can make very good economical sense. It's a multi-purpose system that can meet the needs of the most commonly performed ultrasound tasks, without your budget having to take a hit to purchase features you're unlikely to use.

When it comes down to choosing the best ultrasound system for your facility, only a detailed assessment of your workload, your patient traffic, and your bottom line can inform your decision. If your facility frequently runs at its maximum bandwidth, or if you hope to equip physicians working in a very broad range of specialties, the E9 is probably a better ultrasound fit. If you don't find your team struggling to keep up with a non-stop patient load, or if your work doesn't include all of the procedures the E9 is equipped to handle, choose the F8. 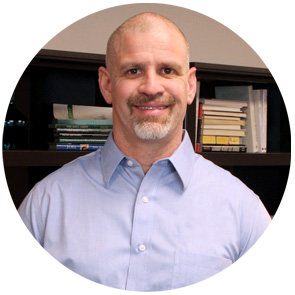 Jeremy Block is the Senior Vice President of Dealer Solutions at Block Imaging. Between building imaging equipment deals all over the world and raising six kids in Michigan, he’s no stranger to problem solving when obstacles arise. Wherever you may be, Jeremy’s goal is to make your buying or selling experience as easy as possible.