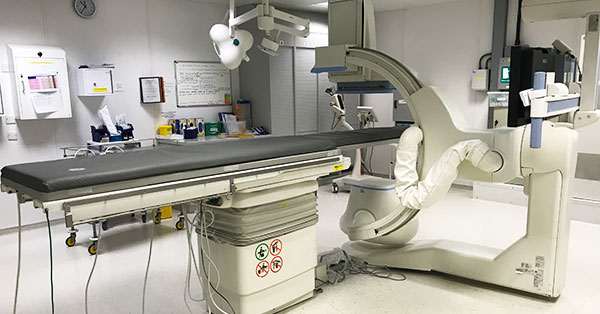 If your team uses the GE Innova 2100, 3100, or 4100, you might have received a letter saying that GE has declared their "end of service" (EOS). Let us reassure you: this isn't as bad as it sounds. It does mean you're in for some changes and some costs you thought you might have been able to put off for a few more years. But it doesn't mean that you need to change now, that you need a generous lump sum of cash now, or that your only option is to go back to the OEM.

Using the recently EOS-designated GE Innova X100 series as an example, we're going to discuss why OEMs use EOS, why your response doesn't need to be urgent, and how an EOS designation can end up benefiting your operating budget.

Generally, a system is designated EOS roughly ten years after the last year the manufacture produces it. The manufacturer is essentially declaring an official date for the end of their obligation to offer parts and service for that equipment. In addition, it means they are not responsible to update or retrofit the system into compliance with changing government standards.

The biggest reason OEMs use EOS though, is to direct users toward upgrading with their newer models. This isn't necessarily bad. Newer systems offer better technology; higher image quality, faster workflow, and greater comfort for patients. But, naturally, newer systems can come at prices that buyers might not be able to afford on short notice.

Two Reasons End of Service Is Not an Urgent Problem

There are two main reasons why having your equipment declared EOS doesn't usually necessitate an immediate, urgent response:

How End of Service Designation Can Save You Money

There can be times when an EOS designation helps your bottom line. Consider situations like these:

While an EOS notice does signal some upcoming changes for any facility, there's no reason to believe you have to take it all on at once. Tapping into the capabilities of third-party parts and service providers you can add years to the life of EOS systems and save significant dollars when the time does finally come to make your upgrade.

If you'd like to know more about getting parts and service after the support window closes on the Innova X100 labs, our team is ready to help with both. Give us a call or use the button below to start the conversation.

GE Innova DL: What Does It Do, Which One Do I Have?

What the GE Innova's DL computer does and how to tell which version of it is installed on your ...

GE Innova RTAC: What Does It Do, Which One Do I Have?

What the GE Innova's RTAC computer does and how to tell which version of it is installed on your ...

GE Innova IQ and IQ Plus cath labs are built around the same Innova core, so what sets them apart? ...