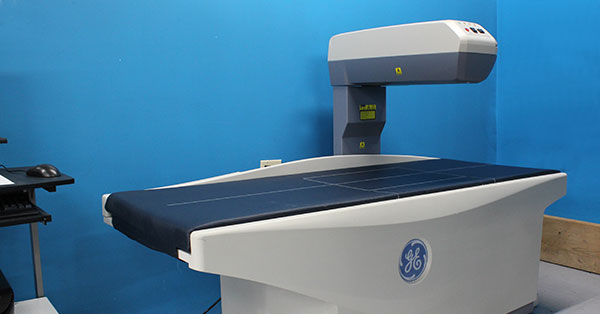 If you've been conducting bone density scans for a while, you know about how long you can expect a model to be around before the manufacturer begins weaning users off it with "end of support" and "end of life" (EOL) declarations. In the case of Hologic, you've seen the QDR 4000, QDR 4500, Delphi, and Explorer all go the way of the dodo in just the last ten years. If any of you are counting, the Discovery series has been around for fourteen years- and Hologic already declared in 2017 that they no longer support Discovery computers running Windows XP.

We don't bring up the Discovery's age because we want you to fret over your "oldie but a goodie" DEXA scanner. Instead, we want to reassure you that whether the product line is declared EOL next year, the year after, or 2025, you won't need to ditch your Discovery right away, a brand-new scanner won't be required, and the OEM won't be your only option for ongoing parts or support.

We're going to share with you why a Hologic Discovery DEXA scanner will continue to be a viable model for years to come, and how Hologic's eventual EOL declaration for the product line might even save you some money.

Why the Discovery Will Continue to Be Viable

There are two major reasons why, regardless of when the Discovery line is placed on the OEM service/support chopping block, DEXA users will be able to count on the system for years after:

2. Cost-saving alternative upgrade paths that don't require the purchase of a brand-new system are available from time-to-time.

How EOL Can Help You Save

There are cases where an EOL designation will actually save you money. Consider these scenarios:

1. With the OEM out of the picture for service coverage, you begin considering independent service options and learn that parts and service for your Discovery are available for 30% - 40% less than you were spending.

2. With your Discovery in its EOL phase, you decide that now is the time to upgrade at your main campus. Meanwhile, you relocate your Discovery to a secondary facility, expanding your area of service for bone density procedures, and saving the 30-40% in service coverage costs we mentioned in scenario 1.

While the Discovery isn't currently on the chopping block, its age and the discontinuation of support on XP computers mean that now is the time to begin planning for the inevitability of EOL designation. Fortunately, because of what third-party parts and service providers bring to the table, EOL won't force your hand on an immediate upgrade. It could even offer some relief to your operating budget with parts and service savings!

GE Innova DL: What Does It Do, Which One Do I Have?

What the GE Innova's DL computer does and how to tell which version of it is installed on your ...

GE Innova RTAC: What Does It Do, Which One Do I Have?

What the GE Innova's RTAC computer does and how to tell which version of it is installed on your ...