If you read the title to this blog and asked yourself, “Why do I care what the serial number on my OEC C-arm is?” I’d like to remind you that proper classification can be very informative. These serial numbers tell us a whole lot more than one might think.

Think back to your high school biology class. Remember the section on taxonomy? How about the silly mnemonic, “Kings Play Cards on Fat Green Stools?” In the case of animals, proper classification tells us if the animal has a spine, how many legs it walks on, if it has fur or scales, eats meat or plants, and a fair amount of other facts that are relevant to various fields dealing with animals. The digits in the serial number of an OEC C-arm function in a similar way, with each part telling us something specific about the machine. And when you’re considering the purchase of a c-arm, it’s crucial to know as much about it as you can learn BEFORE you hand over the funds.

With serial numbers stamped or labeled on many of the c-arm machine’s subcomponents, it’s important to make certain you’re noting the correct one. If you’re fortunate enough to meet your potential purchase face-to-face, the best place to find the serial number is on the silver GE tag on the back panel of the monitor cart toward the bottom. Also, on most OEC models, the serial number will appear on the right monitor as the system boots up. An OEC serial number always has at least six characters, generally two digits followed by a dash and four more digits.

Here’s what you can expect to learn when you’re given the serial number of an OEC c-arm:

The first digit or letter tells you which model the system is.

The second digit or letter tells you the size of the image intensifier or the configuration.

The last four digits tell you the order of the particular system in the manufacturing sequence.

For example, a machine with the serial number **-5555 would be the five thousand five hundred and fifty fifth machine manufactured of its model type. This machine would also be much newer than say, **-1259. Without seeing the unit in person, this is the closest you can get to being able to determine the age of an OEC c-arm.

Here are some special exceptions.

Frequently c-arms are bought and sold sight unseen, both from the manufacturer and from third-party dealers. When doing your research on a prospective purchase, ask for the serial number early on and compare it to any other specifications forwarded to you by your dealer for accuracy. One wrong digit could indicate a big difference from the c-arm you thought you were discussing.

Where to locate serial numbers on an OEC C-Arm: 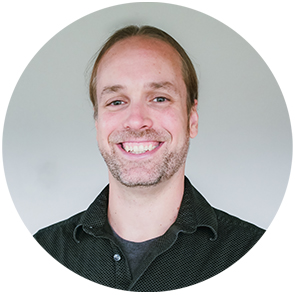 Chris Sharrock is the Vice President of Equipment Solutions at Block Imaging. Sometimes referred to as the “The C-Arm Guy”, Chris has a passion for music, fitness and genuinely enjoys helping others make decisions about c-arms and fluoroscopy equipment. You can download Chris’ very popular “C-Arm Buyer’s Guide” or connect with him here.