It Might Not Be Your GE Digital Mammo Detector 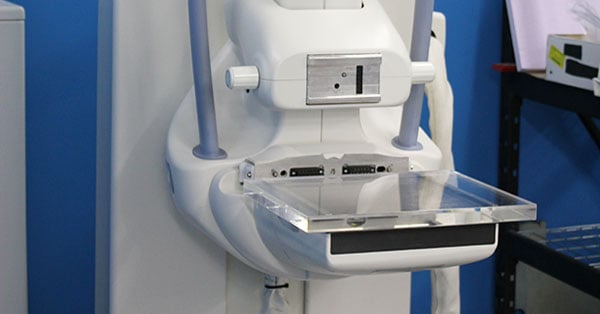 Q: What do GE digital mammography systems, your car, and your own body have in common?

A: When someone tells you there’s a serious problem with one of them, it pays to get a second opinion.

In the case of the GE mammo, we’re referring specifically to a diagnosis of “bad detector”. The detector is one of the most expensive parts to replace on a digital mammography system. With used models falling anywhere in a vast range from $30,000 to $100,000 depending on the model of your system, this kind of diagnosis from a service engineer is almost the worst news a digital mammo owner can hear, second only to having the entire machine carried away by a freak tornado and dropped through the roof of a reclusive conspiracy theorist.

If you’ve recently heard bad detector news or worry that someday you might, we have a few words of comfort for you: It might not be your detector

How would you feel if your detector was diagnosed as “bad” and you spent the time and resources to have it replaced only to find out it wasn’t the detector that was bad to begin with? This happens more often than you think.

From our team's experience, we can tell you that there are a few mammo parts that could lead your systems to show detector-related errors. For example, error messages like “System not ready, image detection failure” or “IDC to detector error” may give the impression that the detector is bad, but it could also be any of the following parts that are failing: the chiller, the detector power supply, a loose fiber cable connection, or any number of components within the IDC. These parts aren’t exactly cheap to replace, but they won't cost anywhere close to replacing the detector.

The following are all parts we've seen lead to detector-related errors and misdiagnoses of failed detectors.

If you get the dreaded call that your detector has failed, be aware there is a possibility the issue was misdiagnosed and consider a second opinion. The good news is that Block Imaging has the resources to help. We have the parts in stock and the mammo experts on staff that could come to your site and give you that second opinion you need.

How to Pack and Ship a Digital Detector

What's the best way to ship something as sensitive and costly as a digital detector? Follow these ...