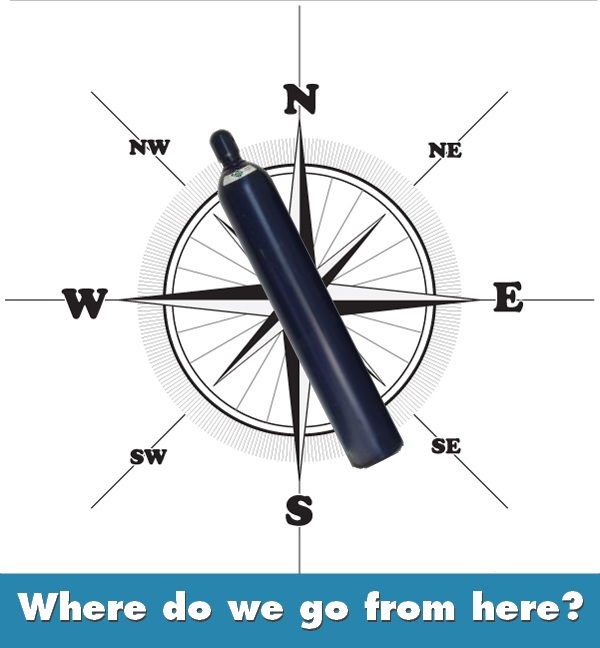 Earlier this summer, we at Block Imaging released an article discussing ways to minimize the effects of the current helium shortage when it comes to MRI maintenance. Shortly thereafter questions began to arise; questions we would have done well to anticipate. When did the shortage start? Is anyone working on new sources of helium? Where is all the helium going?

We didn’t read the leaves too well on that, so we thought we’d follow up with a little Q&A. Here are the facts behind the helium shortage and what the world’s governments, businesses, and experts are doing about it:

When did the helium shortage start?

For most of the last century, the U.S. government maintained a stockpile of helium. In 1996 Congress passed a bill that began the sale of stockpiled helium at low prices with the intent to be sold out by 2015. According to Joe Peterson of the Bureau of Land Management in a June article by Popular Mechanics’ Bobby Magill, “The legislation in 1996 says [the U.S. government was] supposed to get out of the helium business.”

With low prices and no plans to replenish the stockpile, this legislation was essentially the very beginning of the shortage, although we hadn’t begun to feel it until now. Moreover, it was not followed by substantial building of helium infrastructure in the private sector. Despite the intentions of Congress, the government withdrawal from helium seems to have been, at best, premature.

Where did all the helium go?

If you paid attention in Chemistry class, you’ll remember that helium is a bountiful element; just not so much on Earth. Humans have depleted a portion of Earth’s helium by using it in balloons, arc welders, MRI scanners, and dozens of scientific applications. According to Magill, the rest of it has been bleeding off into space naturally.

Though human consumption has sped the process along, it seems helium depletion has always been the eventuality.

Is anyone working on new helium sources?

At present, there are very few entities doing this kind of work. Both Magill and Paul Bruno, Maritime Guide for About.com, mention new domestic production underway in Wyoming, but nowhere else in the U.S. Bruno also mentions limited supplies exporting from Russia, the Middle East, and North Africa.

According to Bruno, the primary factor hampering the expansion of private helium production is the element’s finite presence on Earth. In the short term, a few companies will be able to scoop up profits from the upward creep of prices accompanying the downward creep of supply. In the long term however, helium production is a market that scientists are predicting will disappear in approximately 25 years.

If this information has done little to boost your confidence; relax. In the medical field, 25 years is an eternity. MRI technology still has plenty of time to be effective for patient health as well as hospital and imaging center bottom lines. Moreover, MRI technology has advanced greatly and rapidly in just 40 years. With that body of knowledge to stand on, a quarter-century supply of helium still in the ground, and the 21st-century rate of technological advancement, there’s time to work toward new helium sources, ways to stretch the existing supply, and possibly (without delving too deeply into speculation) new ways to keep our magnets cool without helium.

In short, a vote of confidence for the same scientific/industrial community that brought us this technology will be far more beneficial to your mental health than worrying about the disappearance of helium.

How Does the Helium Shortage Affect My MRI Service Costs?

What you need to know about the helium shortage and its impact on MRI maintenance costs.

4 Tips for Enduring the Helium Shortage in Medical Imaging

See four strategies that will help you reduce the impact of the helium shortage on your MRI ...

Has your facility been hit hard by the ongoing helium shortage? Find out how the right industry ...