End of Life Medical Imaging Equipment... What Does It Really Mean? 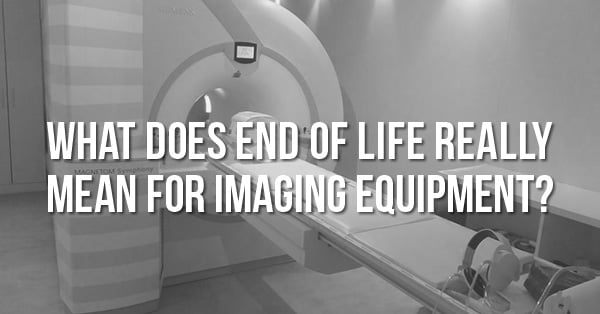 “End of Life.” Sounds morbid, doesn’t it? But before you flood your mind with images of long black cars and gothic letters chiseled in granite, let me reassure you that we’ll only be discussing the phrase as it pertains to your medical imaging equipment.

“End of Life” (EOL) means that a product has reached the limits of its primary market viability and as a result, support is discontinued or limited. If you have a system that is EOL the OEM may find it difficult to help you in servicing/supporting the unit.

We’ve seen the major OEMs assign EOL designation a number of times to reliable, workhorse systems that could keep scanning if parts and engineers were available to nurse them through their occasional hiccups. But, in light of the never-ending stream of new and improved technology, these products are left behind and OEM services are refocused on new and late-model equipment.

This can be a serious sticking point for facilities struggling to make their way to that next imaging equipment upgrade. Fortunately, through years of working through EOL designations, we’ve learned some things things concerning EOL imaging equipment that can help facilities in this situation.

What We’ve Learned About EOL Equipment

Technical Support: It is our experience that when the OEM terms their product EOL, their technical support for the unit is generally phased out. The time frame for phase-out varies, but the endgame is the same.

Parts Support: One of the prompts for EOL designation is part scarcity. When the parts suppliers that manufacture components for OEMs no longer supply the parts for a particular unit the OEM begins to lean toward dubbing the system EOL.

Field Service Support/Training: In the case of an EOL service call, the OEMs still try to provide field service support, but there is no guarantee that there will be a trained engineer available to help. If a unit is no longer being sold, then it stands to reason that engineer training for it will cease.

How We Can Help

Parts Scarcity: Don’t despair just yet. The used parts market is a great place to find reconditioned and tested parts from older equipment. If a model was even moderately successful in establishing an install base, replacement parts can be found from third parties (like Block Imaging) for years after EOL designation.

Field Service Turn Downs: After the OEM has completed their phase-out, you might find they won't work on a system at all. Once again, the solution for this lies in the wealth of experience available on the third-party market. Many independent groups are founded by or employ engineers that began their careers in OEM stables working and training on the equipment you’re now having trouble with.

When “End of Life” is Really “Dead”

Just to be certain that I’m not building up false hopes of immortality for that analog mammo or single-slice CT, let me make it clear that not even the third-party market can cure every problem for every EOL system.

Some equipment is so old that used parts vendors have abandoned the last few bits and pieces based on space constraints. Equipment made by smaller OEMs can pose a problem as well. Frequently these companies are bought out by the GE’s and Siemens’ of the world and their product lines are EOL-ed before more than a few hundred can be made.

The same is true relative to engineering. The independent old-timer might not make service calls anymore, and while he’s taught his own new-bloods the ins and outs of some of the older stuff, there’s only so much space in a newbie’s brain for things he may never use versus the material he’ll use every day working on machines from the big OEMs.

However, with the help of the used medical imaging industry, it’s safe to say that a piece of equipment can outlast its OEM-designated end of life by several years, so don’t let the phrase bring you down immediately. There are still companies that may be able to help you while you plan and budget for your next equipment solution.

If you need a parts quote or want to request service on an EOL system, contact us! 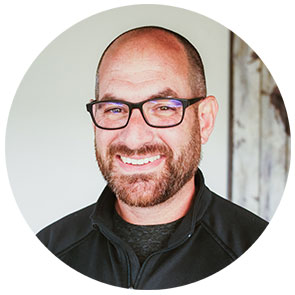 Chris Kinnas is the Service Account Executive at Block Imaging. His goal is to see imaging facilities covered by the very best service for maximum equipment uptime. Outside of the office he is a husband, a father of 4, and an avid Chicago sports fan.