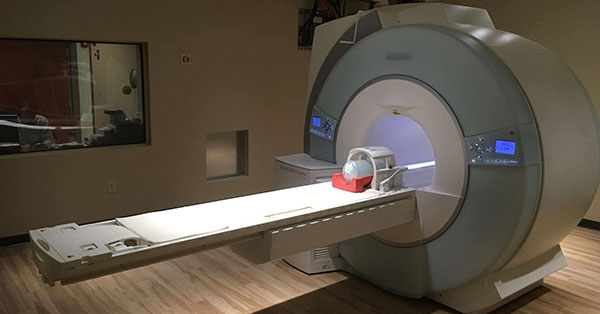 If you own an MRI machine or are in the market for one, you know the investment is huge, the equipment itself is complex, and the stakes are high for your cash flow and patient schedule when things go wrong. It's for these reasons that most owners opt to have a service contract to minimize their financial risks. But, not all service contracts cover the same areas of upkeep and repair. One provider's "boilerplate" agreement might be another's top-of-the-line coverage.

To help those of you who might be seeking out your next MRI service solution, we're going to share some common, but negotiable, MRI contract exclusions you're likely to find from providers on the MRI service market.

Although chillers are a critical part of keeping an MRI up and running properly, they are technically not medical imaging equipment. A chiller is an HVAC system. Contracts vary on including this component, and there will be additional costs associated if it is covered. If you already have a trusty HVAC company that you are used to working with on your building's climate control equipment, it may be worth approaching them about maintaining your chiller as well. Whichever way you choose, it's critical to have chiller maintenance performed quarterly. If a chiller goes down, it can cause many issues for your system, including MRI down time and loss of helium.

Most MRI machines are built to boil off some helium (there are some zero-boil off magnets, but they are a minority). Knowing that, most MRI contracts include helium coverage of some kind. Here at Block Imaging, for example, we cover 1000 liters per year for a full service contract.

With helium prices continually rising, it's critical to know whether or not you have helium coverage and how many liters your coverage is capped at. A single helium fill can cost anywhere from $14,000-20,000 per fill. We've seen some systems get two fills a year. That additional cost outside of your contract can add up very quickly!

One word we don’t like to speak, but is very necessary when talking about this topic, is "Quench". Yes, your service provider hates to hear that word just as much as you! However, they do happen, and it is worth mentioning.

If your system does quench, there is good news and bad news. The good news: a quality service company will do what it takes to get it fixed as quickly as possible and the engineer will do an investigation to figure out what happened (if it's not already known). There are scenarios where systems spontaneously quench, and the reason is unknown. So the bad news: if a quench happens with no discernible equipment failure, most contracts will not cover it. A situation like this is rare, but worth being aware of.

Applications is a tricky topic. When you are buying a new system, it usually comes with some sort of basic applications training. Sometimes, however, a facility's full team isn't scheduled on training day, or new team members join after installation who may have never worked on that particular system. So, the question arises: Will my MRI contract cover additional applications training? The short answer is no.

Consider this analogy: You buy a new computer. It's a Mac, but you are used to Windows products. Besides posting online tutorials and printing a detailed manual, you wouldn’t expect an Apple representative to come to your house to show you how to use it. Applications training is handled similarly. Techs are given the basics at the time of installation, and from there, additional support is attainable, but billable. The good thing is, your service provider has most likely built up relationships with various applications specialists and should be able to point you in the right direction.

Operating software and manuals are proprietary information that cannot be distributed by third party companies. When you purchase a refurbished system, the software and manuals should be provided. If they were not (or they were misplaced), you will have to turn to the OEM for support in obtaining these, which typically comes with a fee.

You may be thinking, "I don’t really need those things, so I will just not reach out to the OEM and save some money". For a while, you may be right. Until, one day, your system goes down because the hard drives are corrupt. At that point, the engineer would need a clean copy of the software. If that is not with the system, you'll have to turn to the OEM for a copy anyway, spending the money you thought you'd save and losing out on cancelled scans during the delay. In the long run, it's best to make sure those are provided with the system when you buy it and kept in a safe spot.

There a quite a few scenarios that would fall into this category. One of the biggest is equipment room temperature. There are many critical components in the cabinets in an equipment room. If it gets too warm in there, it could damage some of those components and take your system down. Because the temperature in that room is controlled by your building HVAC, it would be something most service contracts wouldn’t cover.

Along the same lines, say you decide to put an MRI in a building that is right next to train tracks. That vibration could cause noise in your images or throw off the shim of the magnet. Because that is something that is outside your service provider's control, any issues stemming from that, would be billable.

One of the greatest threats to a system are acts of God. If you are in the path of a hurricane that decided to flood your facility and throw shards of glass around, or an earthquake that brings down part of your roof, or any other natural disaster, it is totally out of your service provider's control. For that reason, it is not be something they cover. It's best to turn to your insurance provider for protection in scenarios like these.

How to Prepare Your MRI Machine for a Major Storm

That’s a LOT of Exclusions! So What Exactly IS Covered?

This is a long list, and a lot to think about, however it is not meant to deter you from getting a service contract on your MRI. Actually, it is the opposite. We highly recommend service contracts on all MRI’s. Because they are so massive, with many components, you will find that most service incidents are covered. The topics above are major concerns, but they constitute a small percentage of the day-to-day service concerns of MRI users. If the items above have you particularly concerned, keep in mind that they differ from contract to contract and many of them are negotiable.

Our best recommendation: make sure you fully understand what your service agreement covers before you sign it. And don't be afraid to ask questions until you do!

CT Service Contracts: What is NOT Included?

What will your imaging equipment service agreement cover? Shop your next CT service contract with a ...

The most important aspects of a service contract to look for as you weigh imaging equipment service ...

What Does Your Imaging Equipment Service Rep REALLY Know?

When you call for MRI service, CT service, or repairs on other units, do you talk to an average ...