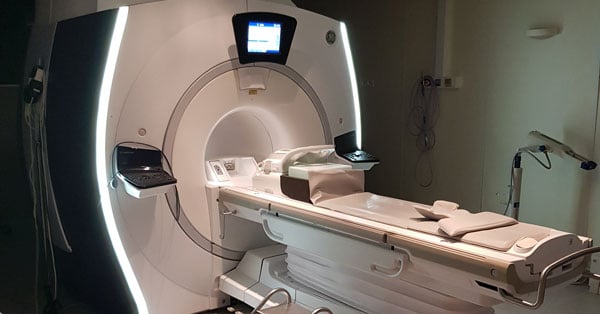 “You can’t always get what you want...” the Rolling Stones once sang, and though they probably weren’t talking about used MRI scanners, it certainly holds true in this industry. Right now, there's no shortage of high-quality, late-model, pre-owned imaging equipment available throughout the world. With proper diligence you can save a lot of money and, in many cases, a lot of time by capitalizing on these opportunities. But you can also waste a lot of time trying to find systems that are either not plentiful on the market yet, or in such demand that they move instantly at inflated prices.

Here are some examples of rare used MRI machines and some viable alternatives to them if you just don’t have the time (or the money) to keep digging.

Already have an MRI machine in mind? Click here to request availability and pricing.

The larger (70 cm) bore size and high field strength of the GE Discovery 750W alone are enough to make it a desirable system. Unfortunately, they aren't very common yet, are still rather expensive, and they tend to move quickly. If you're not one of the lucky few, you could substitute a GE 3T EXCITE HDXT 16-channel System.  Although the HDXT has the smaller 60cm bore you will find that the magnet itself is quite stable, zero helium boil-off, and produces great images.  Parts for these units are also much more plentiful at this time, as are service options and overall cost of ownership.

Introduced in 2010 along with the 3T Discover MR750W, the Optima 450W was GE’s first foray into the widebore (70cm) MRI market. This system features 32 RF channels and GEM technology (multiple coils can be utilized simultaneously).  Like its 3.0T counterpart its quite difficult to find on the market these days, but for many of the same reasons as above, the GE 1.5T EXCITE HDXT is a reliable and hard-working substitute.  The RF tops out at 16 channels, but if a 70cm bore isn’t an absolute necessity, you’ll find that this system is more than suitable for the majority of your scans – again at a much lower overall cost of ownership

The Ingenia was introduced by Philips a few years ago and competes against the GE Optima 450W and Siemens Aera models primarily in the “wide bore” category. These are quite difficult to find – as you’ll see with many of the newer systems. In many cases, with the solid technology that OEMs have put onto the market in the last 5-7 years, there simply hasn’t been enough justification for many sites to do full upgrades. The Philips Achieva 1.5T is still a strong and proven system with great functionality and 8,16, and/or 32-channel RF capability. Achievas have also been around long enough that parts are much easier to locate at reasonable prices.  Newer Achievas (usually 2009 onwards) with the REX magnet are true zero boil-off models and will be much more efficient with overall helium consumption (and the resulting overall cost of ownership will be less than the older models)

The Siemens Aera 1.5T (a technological “step up” from their popular Espree) still hasn’t hit the secondary market in a big way but is highly-prized and hard to find. The Siemens Avanto is easier to snag on the secondary market, has a similar interface, and (although it doesn't have the 70cm bore like the Espree) has the same field of view. You can get this in 8, 18, or 32-channel RF technology.  As an alternative, though a bit more difficult to find, the 1.5T TIM Espree matches the Aera’s bore size and would be available for a lower price.

As I'm writing this, the Siemens 3T Skyra is perhaps the most sought-after system on the secondary market, with the 3T Verio system just behind it. If you do find one, be prepared to pay top dollar and lock it down fast! The wide bore size, digital technology, intuitive user interface, and image quality are just a few reasons why this is still considered one of the better MRI machines ever made. A good alternative to this would be the older Siemens 3T TIM Trio.  Aside from the smaller bore size (60cm vs 70cm) and an older (10K style) coldhead these are quite similar to the Verio with respect to parts replacement and coil technology at a much cheaper price.  Siemens also produced an upgraded Verio called the Skyra FIT that is essentially a Skyra with a Verio magnet – also a good alternative to the Skyra if you can find one.

If your timing is right and your budget has enough room in it, it's entirely possible that one of these rare systems could be yours. That's great! We love to see facilities get exactly the equipment they need. On the other hand, if the rarity of a system has you struggling to find one, or if its newness has you concerned about higher parts and service cost, consider one of the substitutions mentioned above.

As true as it is in life, so it is on the MRI market: you can't always get what you want, but if you try sometimes… you might find… you’ll get what you need!

Which MRI scanner is right for you? Closed, open, and wide-bore MRI machines compared in patient ...

How to Move a Permanent Magnet MRI Machine… Safety First!

Top MRI Manufacturers Compared: Choosing the Best for Your Needs

Looking for your next MRI machine? Here's a general comparison of the major MRI manufacturers on ...