Yes, a Used MRI Machine More Than Meets Your Needs 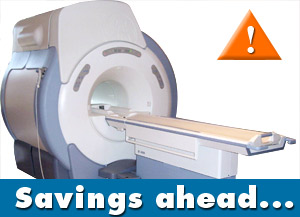 My 15 year-old wants an iPhone. Don’t bother asking “why”. He just needs it - bad. Never mind that I haven’t received an actual phone call from him in the past year. Never mind that I’d never pay for (and he can’t afford) a data plan. And never mind that 95% of the functionality he would use is already on the iPod he already owns.

What we have here folks is overkill.

How many imaging facilities deal with that same issue and how much money is it costing them? When buying an MRI or an iPhone, its always best to seriously assess your needs before you commit a lot of money to something that “over-addresses” them – just because it is “cool”.

Does Doubling Your Field Really Double Your Yield?

The 1.5T Short Bore MRI is still the most popular MRI in use worldwide. From where we sit, this doesn’t appear to be changing anytime soon and has pretty much been the case for years.

Sure a 3T MRI will give you good image quality, and sure if you’re doing research or have specific studies that involve sophisticated Neurovascular or Cardiac work you might want to check into it.

But by and large, 95% of the scans routinely performed with MRI can be done easily, economically, and accurately with a 10 year old, 1.5T short bore MRI. Remember, it is still an MRI study and reimbursement won’t go UP just because you have a 3T!

It is Pretty Hard to Lift Anyway… Why Not Just Leave it There?

As long as your MRI is a short bore (1.7 meters or less), well cared for and has rounded covers (as most all post-2000 short bores do) from a purely aesthetic standpoint it will still look current, even if it is 10 years old.

And when you take it down to its core, consider that it's basically a giant magnet that will most likely never wear out. That’s incidentally one reason why MRIs aren’t “refurbished” to the extent that other modalities like CTs and C-Arms are. They just don’t take the beating. And thank goodness that 10,000 pound magnet isn’t spinning anyway. What DOES happen fairly regularly is upgrades and THIS is an area of opportunity that is sometimes overlooked.

What if you took that GE 1.5T LX Echospeed Plus unit you’ve been scanning with for years and turned it into an 8 Channel EXCITE HD? If you want better SNR, you can certainly do it with a 3T, but you can also cut the “noise” with multi-channel MRI coils and still boost the ratio and increase image quality. And you can do it a lot less expensively and without major disruption to your room. That big magnet just stays right there.

The Short-Bore Encore (and Parts Galore)

Even if you don’t choose to upgrade right away, as long a you have that short bore magnet (CXK4 for GE, OR70 for Siemens, F2000 for Philips) you still have current magnet technology and the system itself is serviceable for years to come.

In fact, even if the OEM stopped stocking parts tomorrow, GE 1.5T CXK4’s, Siemens Symphony’s and Philips Interas are kind of like Ford Mustangs are to car enthusiasts – so popular that finding parts on the secondary market is never a problem. Call Block Imaging Parts and Service to test them on that.

So if you’re adding MRI to your facility, in the market for a 2nd unit, trying to increase your image quality, or just trying to keep capital expenditures down, you are missing a great opportunity if pre-owned MRI systems and/or upgrades aren’t a part of your plans. Call us to discuss the many options. And if you have a pre-owned iPhone, send me an email! 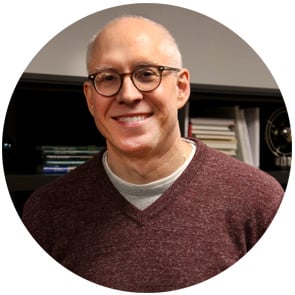