One of the big ticket items in any MRI project is RF shielding. That's right: ANY MRI project. Extremity MRIs are no exception.

Now, even though we've given the spoiler and answered the question before the blog even gets rolling, we hope you'll stick around for a few more details on RF shielding for extremity MRI machines. 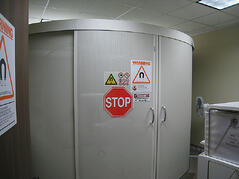 Although extremity MRI owners are not off the hook for shielding, there is a more modular approach to shielding available. Modular RF shields for extremity magnets are called RF pavilions. The industry nickname for them is (which brings to mind Robin Williams and Nathan Lane's '96 comedy smash) The Bird Cage. Currently, a used RF pavilion averages $10,000 - $20,000 while new set-ups average $30,000 - $40,000.

So, as you build the budget for your extremity MRI project, make sure that you plan to include traditional copper shielding on the list or opt for a bird cage of your very own. 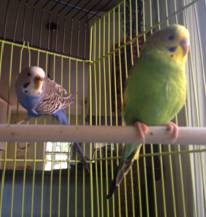 Here is the bird cage at my house, home to Rio (named for the location of the 2014 World Cup) on the right and Bluebell (named by my daughter Kinsey, for reasons that should be obvious). We use this cage to contain their...wait for it... ANIMAL MAGNETISM!

What Prorated Glassware Coverage Means for You

3 Predictions for the Medical Imaging Parts Industry in 2014

3 medical imaging parts trends to look out for over the next year.