Which FPS Rate Is Best for Vascular C-Arms? 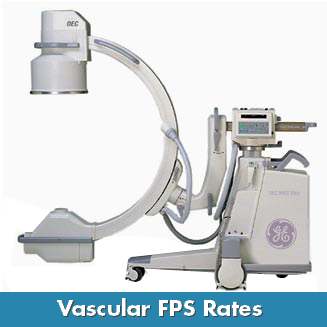 FPS (frames per second) is a common initialism. We throw it around when we talk about everything from the TV on our wall to the smartphone in our pocket and, often, we agree that the bigger the number; the better the device. But, when we talk about the FPS rate of a vascular C-arm, this is not always the case.

24-30 FPS is the frequency rate at which the human eye perceives fluid motion. This is the range that television and movies in the theater fall into. The eye is capable of perceiving much higher rates than that but, after the threshold of fluid motion is crossed, additional FPS don't make a visible difference.

All C-arms are capable of live action at 30 FPS. Where the frame rate differs is recorded studies. Higher FPS only becomes important when a physician is looking to play back their study in a video or motion format on a C-arm with vascular capabilities.

As is the case with most imaging equipment, the choice of which unit is best doesn't come down solely to which technology is the most advanced. A balance needs to be struck between the demands of quality patient care and the capital cost of the equipment in question.

30 FPS systems are particularly desirable in delicate cases such as neurology and cardiac studies. 8 or 15 FPS systems are generally sufficient for regular vascular or angiography cases. If the majority of their case load is going to fall into the latter categories, paying for equipment with 30 FPS capabilities may not be a valuable investment for a facility.

FPS rates are just one factor to consider when selecting a vascular C-arm. To learn more about the equipment and service options that are out there, check out our free C-Arm Buyer's Guide!

Does My C-Arm Require Lead Shielding?

Having a C-arm installed? Follow these tips to figure out your C-arm radiation shielding needs.