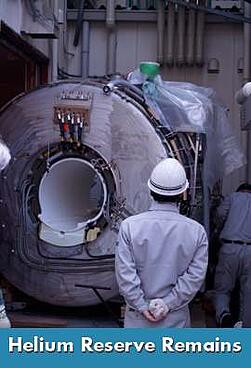 The U.S. Federal Helium Reserve provides about 1/3 of the world’s helium supply and it was scheduled to close yesterday, October 7.

Opened in 1925, primarily as a source of helium for airships, the government decided in 1996 to begin selling off the reserve (below market prices). This move by congress mandated that the government would be effectively out of the helium business by 2015. The hope at the time was that new suppliers would come online by then, but due to the below-market pricing, private industry had little interest.

On Thursday, September 26th, (just before the government shutdown), President Obama signed a bill into law that will prevent the Federal Helium Reserve from closing. This comes as welcome news for the medical industry, which uses around 25% of the world's helium.

The continued operation of the Federal Helium Reserve will hopefully reverse some of the “anticipatory” price increases some helium refiners were implementing and lighten some of the allocations that so many helium users had been subject to recently. Pricing of helium will likely align much more closely with the market moving forward and, although we probably won’t return to the $8.00 per liter pricing enjoyed until just a couple of years ago, “realistic” pricing ought to encourage more private refining of helium and more options for helium consumers.

At present, most helium suppliers are not doing one-time fills for MRI users. Rather, they are choosing to work with service organizations that buy consistently and represent a body of users. This has been the case for some time and is unlikely to change, even in light of the reserve staying open. On the bright side, the reduction in anticipatory price increases will help prevent increases in the cost of service agreements.

For more about helium legislation, the recent shortage, and tips to deal with it, check out these articles from the Block Blog Archives:

For more about how a service agreement can benefit your MRI system for helium fills, preventative maintenance, and more: