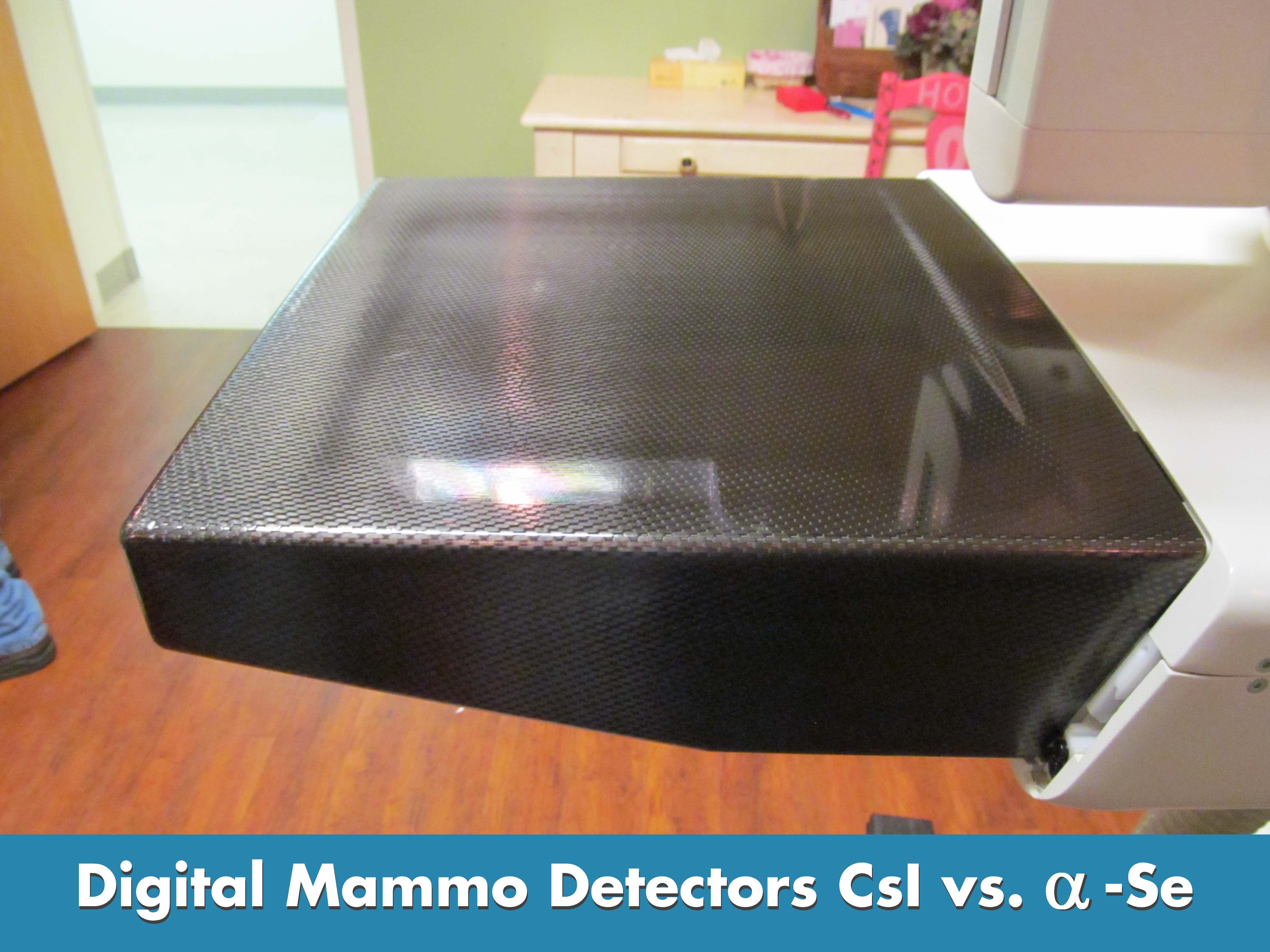 Digital technology in general represents a step forward in mammography image quality from analog systems. Even so, there is a spectrum of image resolution levels within the digital set.

One determining factor in resolution is the chemical composition of the detector. Two of the most commonly used compounds in digital mammography are cesium iodide (CsI) and amorphous selenium (α-Se). Each of these compounds is used in one of two image capture methods: indirect and direct X-ray conversion.

Some earlier models, such as the GE 2000D or Fischer SenoScan use indirect flat panel detectors made with cesium iodide (CsI). In these detectors, X-rays are converted in a two-step process. X-Ray energy is collected by the CsI and converted into light. The light photons are then converted to electronic signals by a photodiode array. This process is less efficient and results in some light scatter during conversion. This, in turn, can reduce resolution.

Later systems like the Hologic Selenia or Siemens Novation use direct flat panel detectors made with amorphous selenium (α-Se). In these detectors, X-rays are converted in a one-step process. The layer of α Se in the detector absorbs the X-ray energy and converts it to an electronic signal directly (hence the name). Based on the efficiency of direct conversion and its elimination of light scatter, α-Se detectors are able to offer higher image resolution. The disadvantage of direct conversion systems is their price. The novelty of the technology does push α Se-based systems into a higher price bracket.

In the end, if a system is FDA-approved for use, it is capable of producing diagnostic-quality images. Digital mammography systems using indirect conversion detectors are reliable, affordable, and still used commonly. However, better image quality reduces the likelihood of repeat scans and false positives. If your budget allows for it, you may want to consider purchasing a system on the higher end of the image quality spectrum.