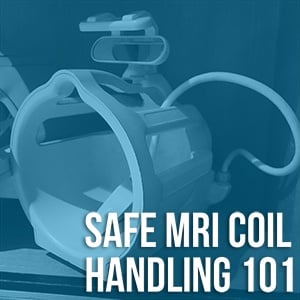 When it comes to MRI machines, our service team has dealt with just about any kind of hiccup, setback, or outright failure you can imagine. What you might not imagine is how many of these problems can be traced back to damage caused by mishandling of coils.

The short video below features recommendations for handling MRI coils safely to prevent damage, preserve image quality, and save you and your team the cost and hassle of downtime.

END_OF_DOCUMENT_TOKEN_TO_BE_REPLACED In a lot of ways, the X-ray machine is the cornerstone of the medical imaging field. From hospitals, to clinics, to in-home care, X-ray systems are the most widely used modality of them all. This is precisely why it's so important to have a plan in place to keep your X-ray system up and running.

To help you know what you can expect to pay annually for an X-ray service agreement through an independent service organization (ISO), we've updated this post (first published in 2016) with current average rates for a year of our most inclusive Full Service Coverage plan as well as a short list of factors that will play into determining your individual price.

END_OF_DOCUMENT_TOKEN_TO_BE_REPLACED 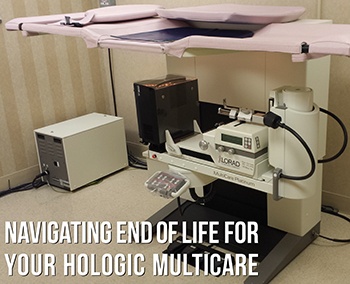 If your facility has been performing breast biopsies with a Hologic Multicare stereotactic table, you know by now that Hologic has declared the Multicare to be "end of life" (EOL). We want to reassure you that this isn't as scary as the phrase itself sounds. It does mean that some things need to change at your facility, but it doesn't mean that you need to change now, or that your only option is to turn to the OEM

Using the recently EOL-ed Hologic Multicare stereotactic biopsy table as an example, we're going to share with you why OEMs use EOL designations, why EOL doesn't require an urgent response, and how EOL can actually benefit your operating budget.

END_OF_DOCUMENT_TOKEN_TO_BE_REPLACED 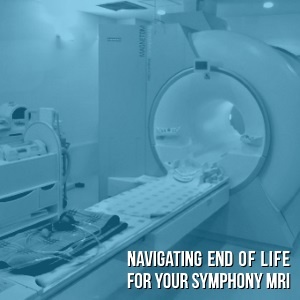 Maybe you haven't been in the field long enough to see one of your systems be declared "end of life". Maybe in the past, your budget afforded you the opportunity to upgrade long before end of life was even a concern. Whatever the case, if your facility has been using a Siemens Symphony MRI, you now know that Siemens has declared those three dreaded words for your scanner.

We'll concede that the phrase "end of life" (EOL) has an awfully conclusive tone to it, and that having a system declared EOL can lead to some big changes for a site- however, EOL designation doesn't mean that your Symphony needs to go out the door any time soon, and it doesn't mean that you have to bust your budget on an urgent upgrade.

With the Siemens Symphony MRI as our example, let us give you the scoop on why OEMs use EOL designations, why EOL isn't as urgent as it seems, and how an EOL designation can actually be a good thing for your operating budget.

END_OF_DOCUMENT_TOKEN_TO_BE_REPLACED Pretty much everyone can agree that using energy more efficiently is a good thing. What some of us differ on is the best way to do it. When it comes to your MRI scanner suite, however, it does seem there's a wrong way and a right way to get the efficiency you're looking for.

Keep reading to find out the do's and don'ts of upgrading the lighting in your MRI scan room.