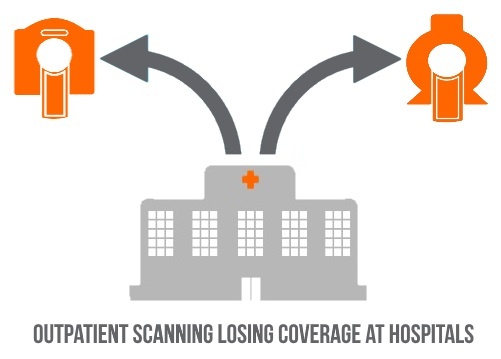 Recently, prominent health insurance provider, Anthem rolled out a policy ceasing reimbursement for outpatient MRI and CT scans performed at hospitals in nine states. In August, they announced plans to expand that policy to five more states by March 2018, at which point an estimated 4.5 million BCBS members will be affected.

Unsurprisingly, the policy is polarizing among imaging providers. Hospitals clearly aren't in favor of this change (a statement from the ACR calls the policy, "arbitrary and unwise" 1), seeing it as a harsh blow to their bottom line, while freestanding imaging centers see it as an opportunity to expand their services through greater referral volume.

Below we'll take a look at the facts of what Anthem has implemented as well as offer some ideas about what this move might mean as its aftershocks continue to be felt at facilities of all stripes across the medical imaging field.

END_OF_DOCUMENT_TOKEN_TO_BE_REPLACED

How to Sell Your CT Scanner 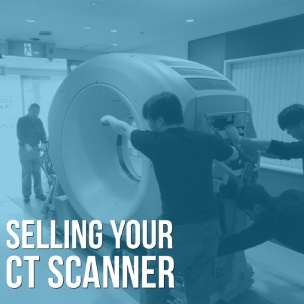 Of all the modalities in the diagnostic imaging arena, CT has undergone, perhaps, the most extensive transformation and adaptation since its emergence in hospitals and clinics in the 1970's. Doubling, quadrupling, even octupling slice counts, declining radiation doses, reconstruction algorithms that increase image detail- the list goes on. More recently, we’ve seen remarkable breakthroughs in wide area detector technology which have greatly enhanced clinicians' ability to image the entire heart and brain in a single rotation. These advancements in technology have rapidly shortened the time to diagnose acute onset of strokes, and early signs of cardiac disease. If you find yourself preparing to upgrade your standard CT technology to this type of advanced platform, here are a few keys to selling your existing system to help offset the cost and clear the way.

Click here to tell us about your system and find out its value.

END_OF_DOCUMENT_TOKEN_TO_BE_REPLACED

While the automotive industry can easily point to Kelley Blue Book for current and depreciated values, putting a firm value figure on diagnostic imaging equipment has no similar benchmark for standardization. Moore's Law (the observation that the number of transistors in a dense, integrated circuit doubles approximately every two years), rapidly developing software, and a seemingly endless scope of imaging modalities and manufacturers are just a few of the factors keeping the "Blue Book" level of relative ease and consistency out of reach.

Of course, everyone who asks, "What is my imaging system worth?" would love to have an immediate answer with as many zeros as possible. The aforementioned factors, however, combined with the circumstances of your decision to sell, mean the proper response to this question requires that even more questions be asked. We'll breakdown the key questions below to help you learn what to expect as you bring your used diagnostic imaging equipment to market.